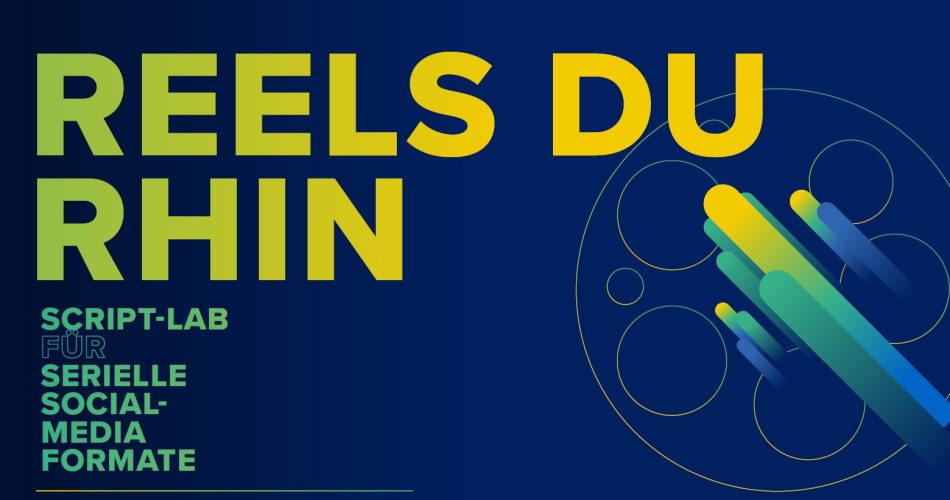 For 6 months, from January to June 2022, students, assisted by coaches, worked in trinational teams (France/Germany/Switzerland) on the conception of series intended to be broadcast on a social network. This script-lab was organized by the Hochschule Offenburg in the framework of the Interreg CinEuro Upper Rhine project.

Ask the generation that studies film today: they still watch the classic 52-minute series. But series are no longer only broadcast on television. Streaming platforms, video hosting sites, social networks and digital tools offer new screens on which series can reinvent themselves, in format, length and theme.

Many series are now broadcast directly on Youtube, Spotitfy, Snapchat, Instagram, TikTok or Twitch. If they are still broadcast on traditional channels, they sometimes play the transmedia card, on the border between fiction and reality, by creating, for example, accounts for the series’ characters on social networks, allowing the viewer to follow the evolution of the plot on different communication channels and to interact with the story.

A script lab for students

In this context, a tri-national writing workshop was set up for about 15 students from the Hochschule Offenburg in Germany, the University of Strasbourg and the Institut Européen du Cinéma et Audiovisuel (IECA) in France and the Fachhochschule Nordwestschweiz (FHNW) in Switzerland.

5 teams were formed and worked for 6 months on writing a series, producing a first episode and being trained in “pitching”, the presentation of these projects to a jury of professionals.

They were assisted in this endeavour by multiple professionals and 2 coaches: Sabine Burg, Professor of scriptwriting and directing at the Media University of Offenburg and Max Disbeaux, Author-director and lecturer at the University of Strasbourg.

Valuable advice was given to the students during the launch days of the Reels du Rhin on January 13 and 14, 2021 online, in a still tense cross-border health context. 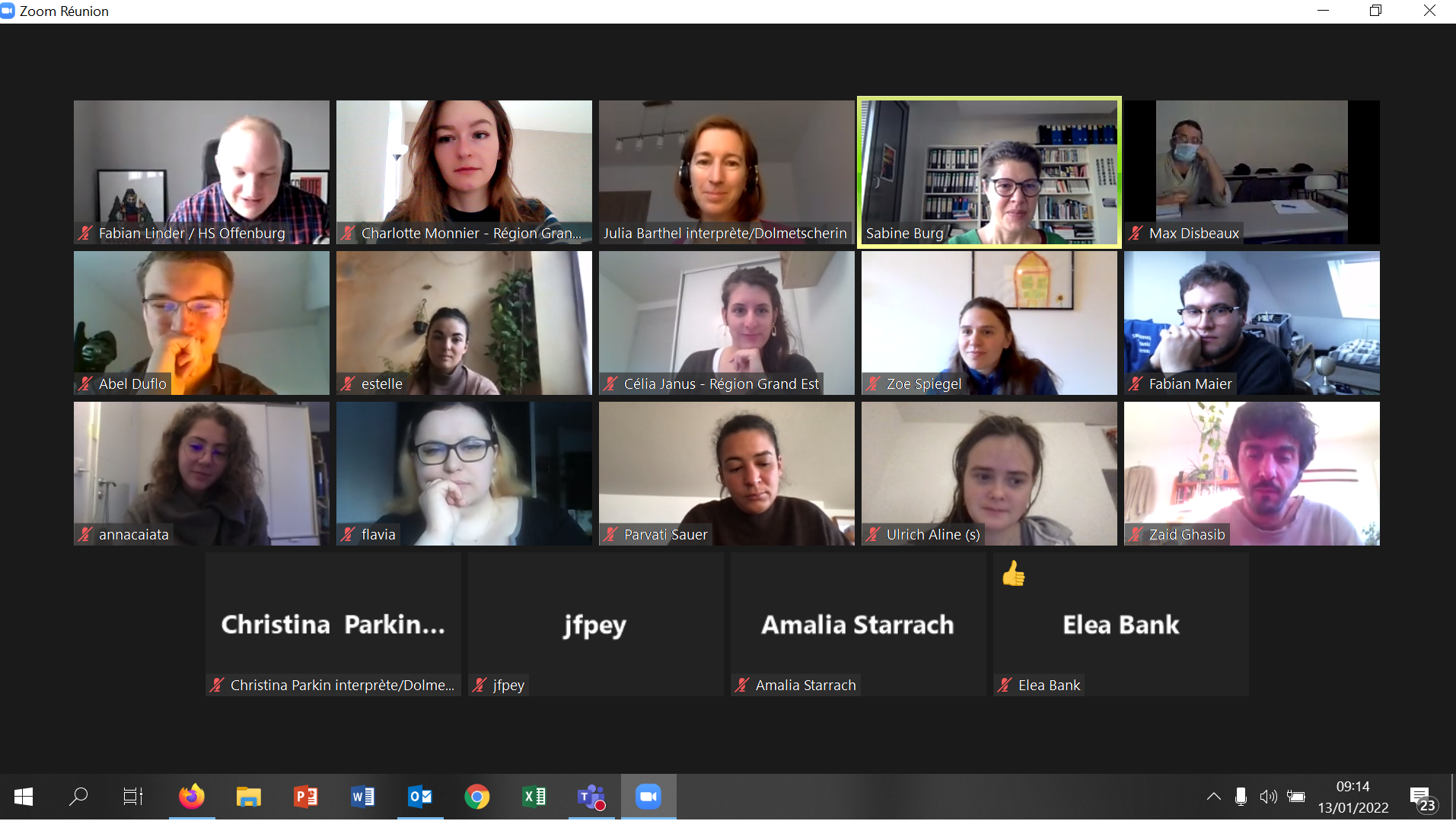 Sara Günter explained the functioning of the Funk platform, which is run by the German public television stations and is aimed at 15-30 year olds, using the examples of the series “Druck” or “Follow me”. Tisch Lüscher, presented the series “Becoming Momo” broadcasted on Instagram by the Swiss TV channel SRF. Ambroise Bouchez-Gathelier spoke about his work as an author for the series “Road tripes” broadcast on the Instagram account of RTBF.

A common subject: the Upper Rhine

The concept of the series (fiction, documentary) is left to the free choice of the teams but the scenario must necessarily be about the Upper Rhine: its inhabitants, its borders, its stories.

In order to help the students to better grasp the subject, Zaid Ghasb presented the rich archive of family, institutional, corporate or commercial films from the Upper Rhine region available on the Upper Rhine Film Library, a platform that was created within the framework of the interreg project “Rhinédits” and will be completed in 2021.

Felix Neumann, one of the members of the Franco-German hiphop group Zweierpasch, spoke about how his identity and experience as a border-crosser are reflected in his music. The bilingual lyrics evoke the borders against the background of the bridge over the Rhine between Strasbourg and Kehl, or the nuclear power plant in Fessenheim, which is opposed by many voices on both sides of the Rhine.

The student groups met for the first time in person at the Festival Shorts in Offenburg from April 26 to 29. They were able to make progress on their projects and were trained in the pitching method.

The final step was the presentation of their projects during the Forum Alentours – Rendez-vous de la coproduction rhénane in front of a professional jury composed of a Swiss producer (Judith Lichtneckert, Perron X), a German representative of a regional channel (Jan Berning, SWR) and a representative of the French platform Noozy (Marc Bourhis).

This professional meeting gathers each year nearly 300 authors, directors, producers around the cinematographic and audiovisual co-production between Germany, France, Switzerland, Belgium and Luxembourg. It took place from June 28 to 30, 2022 at the Théâtre du Maillon in Strasbourg and allowed students to present their projects in front of an audience of professionals. 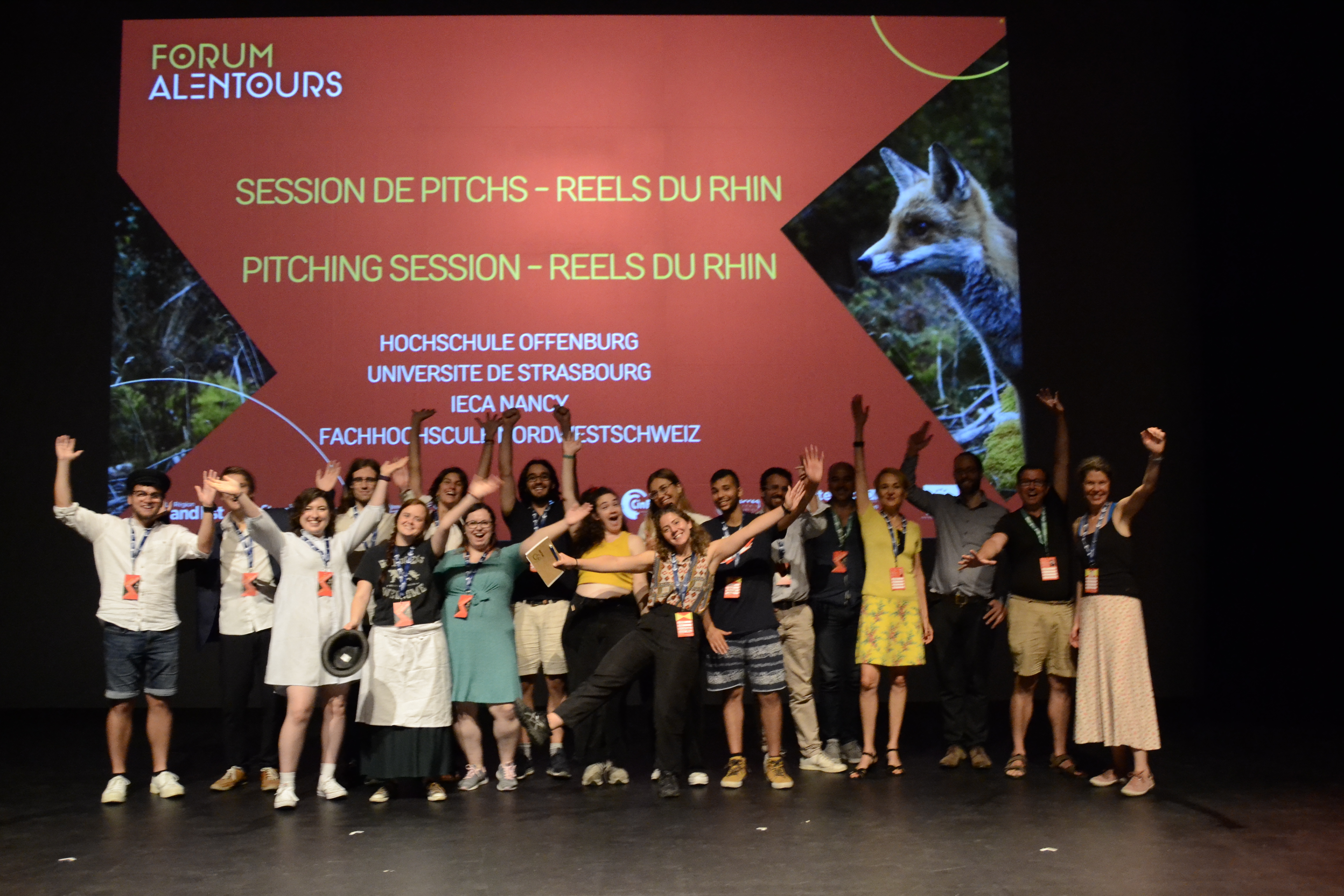 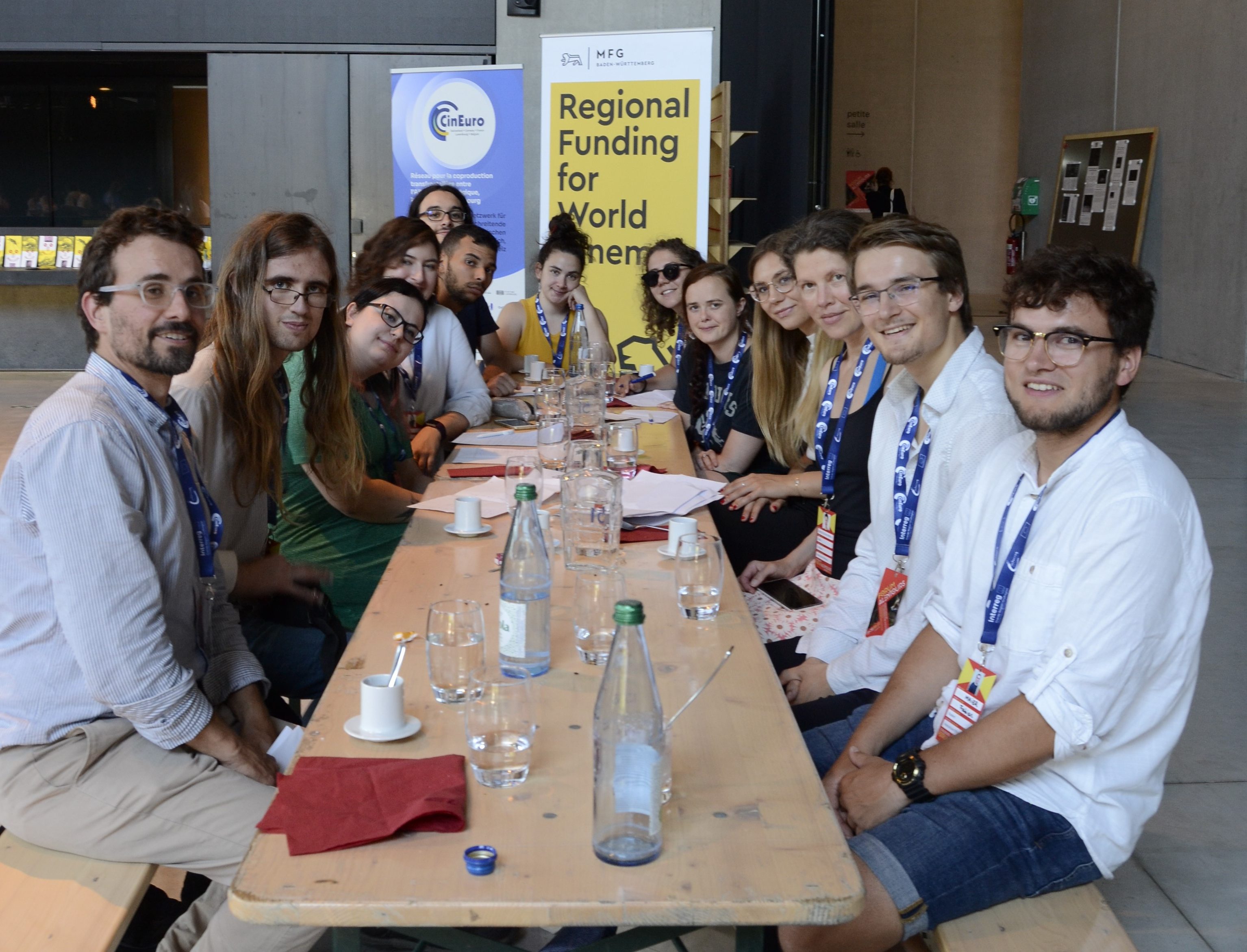