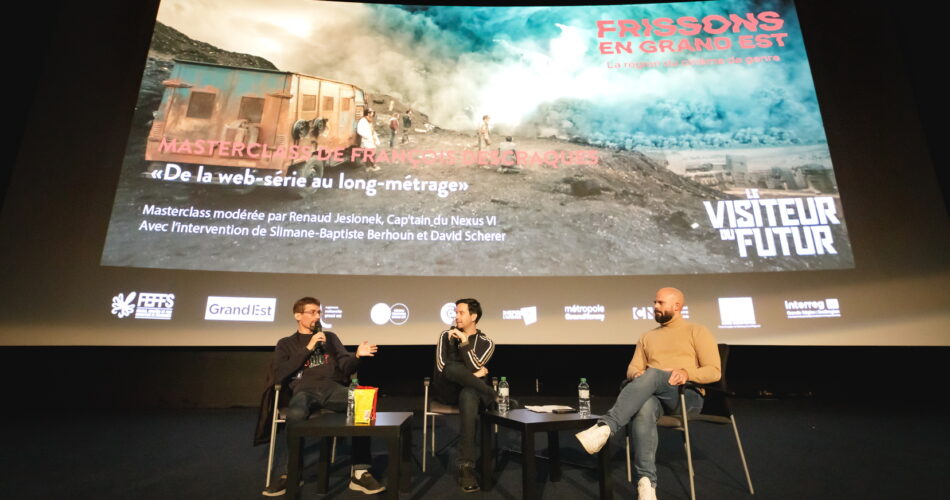 From web series to feature film

Last night at the UGC ciné cité in Strasbourg!

François Descraques came to present his film The Visitor from the Future. Moderated by Renaud Jesionek, Cap’n of Nexus VI and reviewer, and attended by SFX makeup artist David Scherer, this masterclass looked back at the journey of the director and the film, first existing as a web series before being adapted for the cinema.

The Visitor from the Future is adapted from the writings of François Descraques and Slimane-Baptiste Berhoun. This science fiction work takes a critical look at the ecological issue in a devastated future. Preceded by a signing session at the Village, the masterclass was followed by a screening of the film.